Sunsets at the West Coast!

The colorfull dramatic  sunsets off Corfu’s  west coast will literally take your breath away!

And they take place right in front of you enjoying a glass of chilled  wine listening to the sea.

A 134 m²  Villa and a 20 m² bungalow, (total 154 sq mts)built with eco – friendly materials and standards, spread over an area of ​​2,000 m², offering a living environment characterized by elegance and comfort. Fully furnished and equipped can accommodate up to 6 people, plus 2  additional guests in a stylish bungalow.

A heated swimming pool, right in front of the villa, in a beautiful garden, with unlimited sea view, completes a magnificent picture that justifies  the perfect setting to heal souls.

Perfectly though and designed to the last detail this property is even equipped with Coco Mat ,Eco friendly and premium quality bedding and matresses.

The Villa supports a wheel chair ramp upon request.

The Guest house next to the main building adds privacy to all guests .

Elegant and comfortable, with an area of 20m2, can accommodate comfortably two  more guests in top pricay.

The strictest sanitizing  protocols applied to this property, with steam treatment and certified disinfectands.

We may  assist to organize:

a private chef and butler,  spa treatments at the property,  a car rental,  yacht hire ,airport transfers and can even have your property pre-stocked prior to arrival.(fees may apply)

Our only limitation is your imagination!

Our resort  concierge and after sales staff in on call 24/7.

Elegant and comfortable, with an area of 20m2, can accommodate comfortably two  more guests in top pricay.

Off the Beaten track

Villa Casa Alta Mare is located on one of the few pristine beaches of Corfu. It is almost 20′ drive from Corfu Town, 5 miniutes drive from the local Village Agios Matthaios and  100 meters to the Skidi Beach. Skidi is a quiet sandy beach with no umbrellas, deck chairs and showers. It offers unparalleled natural beauty and tranquility in a beautiful island setting.

Access to Skid and the Villa Casa Alta Mare is easy by car, through the village of Agios Matheos, following the relevant signs. Around the beach, there is a beautiful natural landscape with lush vegetation and paths surrounded by centuries-old olive groves, ideal for walks and cycling. Skidi is located between the beautiful beaches of Prasoudi and Kanouli.

Villa Casa Alta Mare in Skidi, in the southwestern part of Corfu, is just 5 minutes from Korission Lake and the famous Halikouna Beach. Korission Lake is the most important wetland of Corfu. It has an area of ​​6,000 acres and is a protected area within the Natura network due to the biodiversity of the area. The rich ecosystem of the area includes more than 100 species of birds, among them flamingos and cormorants. A small wooden bridge allows the passage to the opposite bank to the point where the lake is connected to the sea. This image, combined with the impressive dense cedar forest, looks like it came out of a travel guide for the wonders of nature. The lagoon is famous for the roe deer (buffalo) and the delicious fine shrimp that deserves to taste fried.

Halikouna beach, a huge sandy beach of about 3 km, one of the most impressive of Corfu, spreads along Korission Lake, dividing the lake and the sea. An impressive natural landscape that has remained unchanged from the tourist movement. With a sandy beach and shallow, deep waters, it is ideal for families with young children and relaxing moments by the sea. Due to the winds that blow in the area, Halikouna beach is also a pole of attraction for Kite surfing and windsurfing friends. It is also famous for the wonderful sunset, while, although it is one of the most popular beaches on the island, its area is never crowded.

The island of Corfu is one of the most beautiful and popular tourist destinations in Greece with great history, picturesque villages, dozens of natural and historical sights and many excellent beaches for all tastes.
The city of Corfu, a jewel! With a cosmopolitan atmosphere and nobility! A stroll through the slopes and its paths will enchant you! Medieval architecture with a strong Venetian element, as well as English and French influences, will introduce you to its historicity.
It has a population of about 30,000 and is the economic, commercial, social and administrative center of the island. The city, the seat of Ionian University and the Ionian Islands Region, has all the modern services, such as banks, hospital, police, municipal services, international port and airport.

The two impressive Venetian fortresses in the center, where summer concerts are given and theatrical performances

Spianada, the largest square in Corfu and the Balkans

Liston, the only street with arches

The church of Agiou Spyridona, the patron saint of the island, stands out with its large bell tower

The tomb of Ioannis Kapodistrias, the first governor of Free Greece

The Asian Art Museum, with the civilization of the peoples who passed through Corfu

The Museums of Byzantine and Post-Byzantine History

The islet with the Virgin of Vlacherna (in front of Kanoni)

The famous Pontikonissi, with the small church of Pantokrator, 11th century

The Palace of Michael and George, the most beautiful palaces of the “British Empire”

Achilleion (close to the center) with the famous statue of the wounded Achilles and unique works of art and frescoes, summer residence of Empress Elizabeth of Austria

The area of ​​Pelekas, famed for the wonderful sunset

Palaiokastritsa with the Byzantine fortress of Angelokastro. 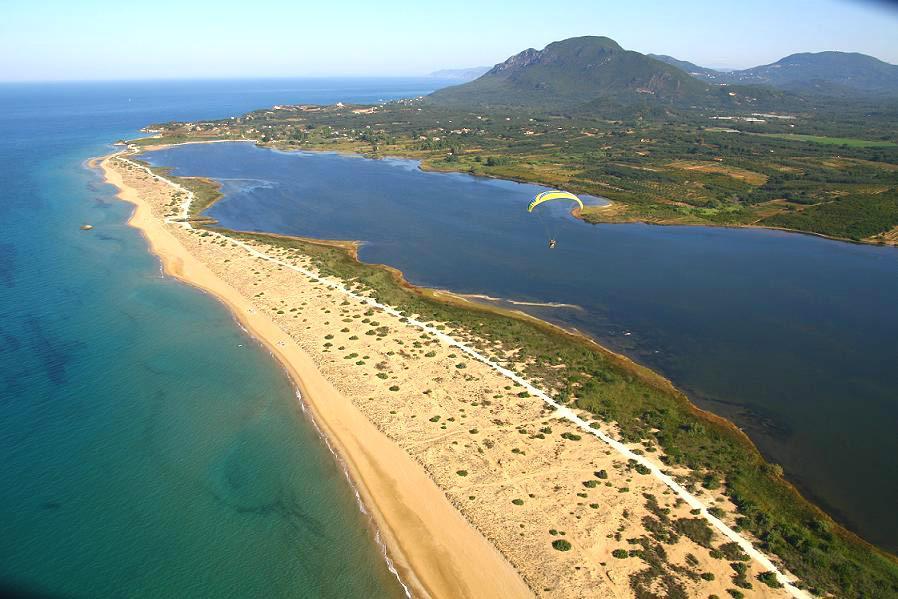 villa pre-stocked prior to arrival.

Massage sessions and beauty treatments at the Villa

Hairdresser and nail care at the Villa

Cook service is available on request, subject to availability at an additional cost (payable locally) and needs to be booked well in advance to avoid disappointment.

There is no better way to explore the coastline and discover deserted bays and coves with their translucent water to add to the overall enjoyment of your holiday. Small boats and speedboats can be pre-booked through us prior to departure and we recommend early reservations, especially in July and August, as availability is limited.

We can suggest you a couple of rather reliable local firms that can deliver your car either at the airport or at the villa free of charge.

In this villa we could organize special functions as anniversaries ,birtdays,etc including special decorations. 
Villa Location on The Map